Brian Rodis, DVM began practicing at Four Paws in 2014 on a part-time basis and joined the staff full-time in 2021. He is a native of St. Louis and graduated from CBC High School. His love for animals began at a young age while being exposed to many different pets at his Uncle’s home and large animals at his grandparent’s farm in Northeastern Missouri.

Dr. Rodis earned a BS in Animal Science from the University of Wisconsin-Madison. He graduated from the University of Missouri College of Veterinary Medicine in 2005. Dr. Rodis strives to support the relationship between people and their pets through comprehensive patient care and client education. He currently resides in St. Louis with his wife Jill and their three children. 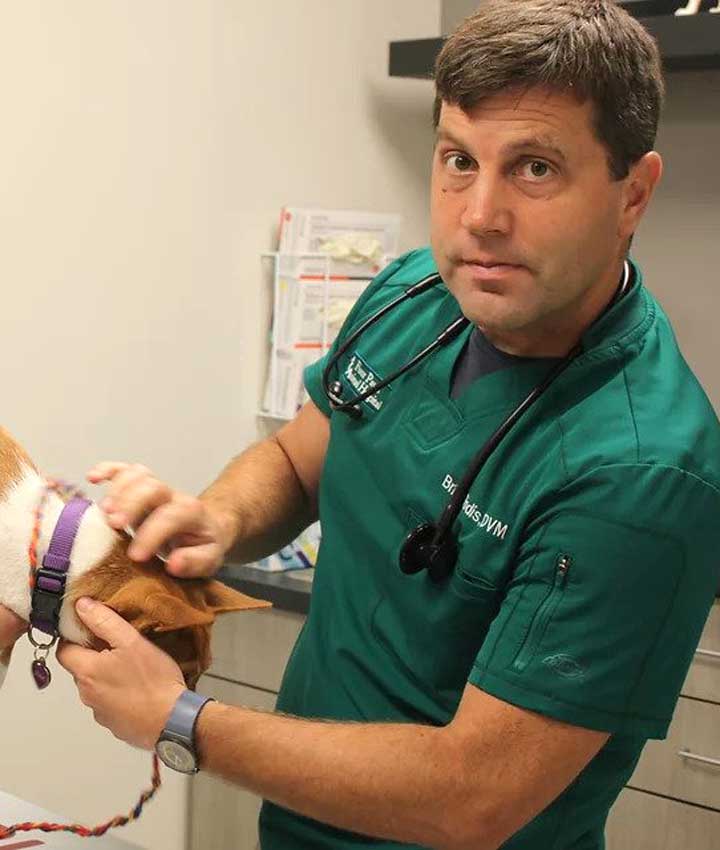